Ride out with the Silver Surfers – Daily Mail

If you thought that snowboarding was just for teens with attitude, piercings and questionable personal hygiene, think again. Today the sport has grown up and is open to everybody with a sense of fun.

Tignes, France, is a purpose built ski resort thrown up in the 1960s. The architecture is carbunclar, but don’t let that put you off. What matters is the snow and mountains. Here both are spectacular.

I meet Ecole du ski Français instructor Alain Recourse out on the snow. He removes his goggles and a glove to shake my hand. Now 53, he started boarding 17 years ago, but when he talks it’s with the enthusiasm of a fresh convert.

“Everybody thinks snowboarding is more dangerous than skiing and particularly hard on the knees,” he says. “But that’s not the case.”

Alain says boarding is actually more suited to older people because you wear soft cloth boots (rather than the fixed plastic boots for skiing) which makes it more comfortable and the position is much more natural so less stress is put on the knees.

David Clarke, visiting Tignes for the second time, snakes down the white powdery snow to join us. As he turns you can see the curved sides of his board cutting into the snow. He pulls up with a spectacular swish and then removes his hat to reveal a barnet of silver.

He started boarding five years ago just after turning 58. “I met a couple who said, ‘We’ve just been boarding, it’s fantastic you must try it’. So the next day I went to the hire shop and traded my skis in for a board and went down to the nursery slopes.”

David started on a child’s lift, but even that was difficult, “I struggled, it was horrible. And when I could get up to the top I fell down hard on my coccyx, the pain was terrible. But by the end of the day, despite the struggle, I could see that this was going to be quite good fun.”

There is much misplaced bravado about learning to board. Typically, post-piste chit-chat will be along the lines of “if you can ski, you can board ­ no problem” and that’s just not true. With snowboarding comes a new lexicon of pain: the body slam, head plunge and nose dive are just three terms that need no explanation.

But you can minimise pain with good padding and an instructor who understands that you do not bounce the way you did when you were a kid.

Younger boarders are constantly trying to go too fast too quickly and as a consequence they catch the edge of their boards in the snow and go flying ­ that’s the hard way to learn at any age.

Good teachers recommend snowboarding for just two hours a day in the first three days and to gradually build up after that.

The first stage is to learn to balance on a moving board with your knees together. The instructor will guide you through a series of side slip, turn, side slip manoeuvres.

The next day your balance will improve and turns will need less effort.

So what exactly is the big attraction? What’s the payback for all your exertion?

In a nutshell, boards are fantastic fun. They open up an off-piste feeling, a much freer sensation. Because snowboards are suited to deeper snow, it’s much easier to go off-piste.

After a week of instruction and with the right conditions, you can go into deeper virgin snow, and you simply can¹t do that with skiing.

Kevin McDougall has been boarding for the last 10 years and is now 50. He says, “From the point of view of fun there is simply nothing to compare with snowboarding. Once you get beyond the early stages of learning the progression is quick and the mountains open up to you.”

Snowboarding addicts even claim it will keep you young. Kevin continues, “Go through the learning curve, its worth the effort. Strive to improve yourself and the rewards will come to you. Boarding keeps the body moving and the brain firing. I hope to be doing these sports way into my 70s.” 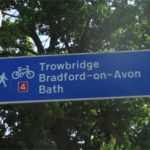 Reading to Bristol on bikesTravel 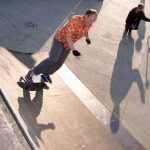 Board games – The GuardianGuardian, Skateboard, Travel