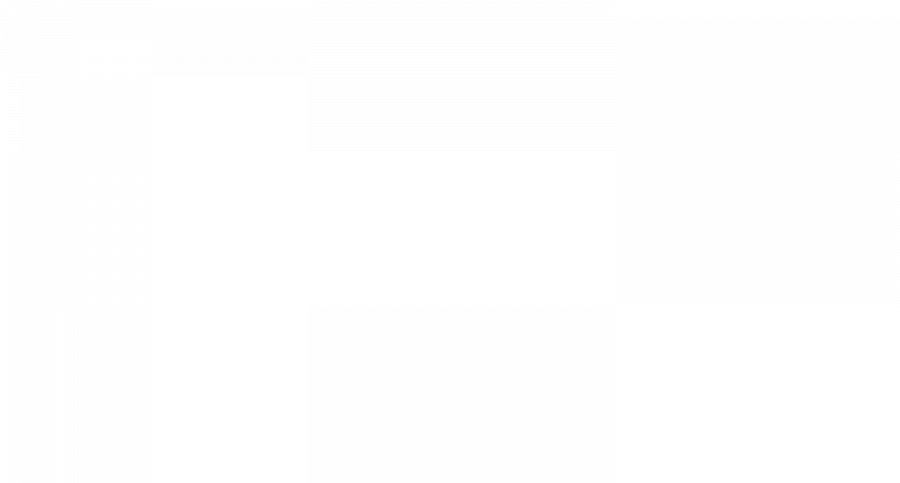 Buy three stars get two stars free! Of course, the good people of Canada are too modest to shout this rhetoric from the mountaintops, but it’s true: this season, for what some three star holidays are charging in Europe you can fly to Canada, ski on fabulous snow and bask in five star luxury.

Oh la-la! How is this possible? Well, there are a number of reasons; flights are cheap, the pound is strong against the dollar and – crucially – at these luxury hotels winter is off-peak.

The reality of five stars is this: my bathroom features wall-to-wall heated marble, the bedroom has a fireplace and a chandelier (which is handy for drying ski gear on) and, from my window, there is a killer view of the Rocky Mountains.

The bed is not only made in the morning with crisp white sheets but is turned down at night. When I pick up the phone for room service they know my name and talk to me like I’m the most important person in their lives, it’s pure luxury.

But rewind 48 hours and things were very different. In a moment of madness I had turned my back on all five stars and booked into the Skoki Lodge.

Picture this: it was minus five but I was stripped down to my base layer. Sweat and sun block was dripping into my eyes. I turned to my guide and said, ‘I thought cross-country skiing was meant to be easy.’ The guide – who was suffering no more than a rosy glow – smiled cheerfully and told me that this was backcountry skiing, then whizzed off.

After an hour of toil my technique improved (marginally) and the views became breathtaking. Mountains grew up from the snow and the sky was a picture book azure blue. It was – as the locals say – ‘awesome’.

Skoki Lodge – built in 1930 – is now an historic building run by the Canadian National Park deep in the heart of the Rockies. The experience is kept as authentic as possible and this includes no flush toilets, rooms lit by candle and absolutely no television.

After a wholesome dinner of lamb and vegetables, board games are brought out: it was like falling into an episode of The Waltons.

I slept in a hut called Wolverine with four fellow backcountry skiers (one of whom snored). It was an interesting experience, but as I twisted to get comfortable on the mattress I longed for my five star luxuries, my television and my turned down bed – oh room service where are you now?

Breakfast at eight – a wholesome and tasty buffet – then out on the trek home. The early morning sun turned the snow into beds of diamonds, and this time it seemed a little bit easier. I took my iPod out and listened to Nick Cave’s Nature Boy at full volume and it felt like I was the star in my very own adventure film.

It took four hours to walk the 11 kilometres through the mountains back to the piste at Lake Louise and then a 45-minute bus ride took me back to the Banff Springs Hotel where I showered and slowly returned to the 21st century.

It’s time to be pampered: the Willow Stream Spa [www.willowstream.com] is a world-class experience. Even if you are staying in the hotel it’s pricey. Almost £30 – just to get through the spa doors and a further £75 for an entry level ‘après ski performance massage’, but the cost keeps the numbers down, and you get a quality product.

I’m booked in for the sports massage with Jon, he lays a hot water bag across my spine and shoulders then goes to work straightening my legs. Over the soothing background muzac he touches me in places no man has ever touched me before. To establish our heterosexual credentials we talk about extreme violence in ice hockey.

One of the best restaurant experiences in Canada is a fifteen-minute walk into town, The Maple Leaf (www.banffmapleleaf.com) where local superstar ‘Executive Chef’ Micheal Lyon (he’s won a gold medal so he must be good) turns humble ingredients into a gastronomic adventure.

I had backcountry bison tenderloin and it was amazing, the meat was of a very high quality and it was cooked to perfection. At £20 for this main dish – it’s the type of food you can’t eat every night, but for a treat it’s well worth splashing out.

With so much on offer it’s easy to forget that you came here to fly down a mountain on two sticks. Really – as nice as the five stars are – it’s the slopes here that really make the trip special.

Sunshine Valley (www.skibanff.com) is the piste to head for, the locals here consider more than ten on the piste a crowd and the snow is excellent: light, fluffy and plentiful. The only snow cannons here are at the bottom of the piste and snow is so plentiful that the season runs until the end of May – there is simply nothing like this in Europe.

It’s a 20-minute bus ride back to the hotel, and here’s where I do have a grumble. At the end of my ski day I like to return straight back to my hotel, not have to wait for a bus to ferry me back. As I climb on I’m fuming; it’s so inconvenient! Humph! Do they know who I am? – Perhaps all this luxury has spoilt me just a little bit.

Upgrade: The big disadvantage of skiing in Canada is the transatlantic flight and the ensuing jetlag. Inghams do their best to soften the blow by offering an optional upgrade from a standard flight package to a ‘premium’ package for an additional £179.

The food is much better and you get a lot more leg room, however the seats are just as narrow and as hard as standard class, another grumble is that the LCD screens on my flight were of such poor quality the films looked like anti piracy adverts.

Skiing packages at the five star Fairmont Banff Springs hotel start from £693 per person, based on two people sharing, this includes flights and transfers from Calgary Airport.

The Skoki Lodge can get booked up months in advance, so it’s vital to book ahead. The honeymoon room is the best if you are a couple, but you’ll still have to crunch through the snow to get to the outhouse. 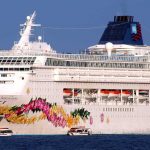 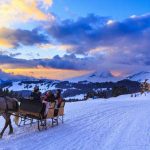